IN SHORT….
RUSSIA SHOULD FIND A SOLUTION TO CIRCASSIANS’ PROBLEM
Circassians were exiled from their homeland and returning to their homeland is their right. Of course letting them to go back now in massive numbers will create big problems for Russia.
Russia must build the trust depending on reciprocity principle. They need this because they need security for their southern border. They can create this as they created with Abkhazia previously and it works now. Now their south…ern border is safer against its western enemies, because they stopped their enemies’ move by this.
If Circassians and Russian trust eachother again, and then if they find a solution to the problem, both sides will gain advantage from this. Russia’s enemies won’t be able to create new problems using Circassian issue. Circassians will have a future in their homeland.
Firstly Russia should create ways to communicate with Circassians and undersatand their problems. They must let all peaceful demands of Circassians. They must encourage their bureaucrats to find ways for peaceful integration.
Russia should make a plan depending on reality for Circassians. All peaceful demands for returning to homeland should be welcomed. A state mechanism should be created for the solution.
Russia will be safer and more powerful with Circassians. We want Russia to recognize our right of citizenship of Russian Federation and organize all peaceful demands for living on our homeland.

THE LOST ATLANTIS IS ADIGHE LANGUAGE

Humanity lost its philosophy of soul but this philosophy is alive in Adighe language. We need a new revolution and we need to find our roots of human soul.

We have very big problems in the World. We all know that we need something to solve all of our problems. The World is not tolerant, we have population problem, we have ideological&religional problems, we have sharing problem, we have being-a-slave-of-money problem.

As everybody knows, the Renaissanse and Reform movement was because of philosophical needs. The situation was not sustainable and they began to look for the solution. The solution was changing the way of thinking. People searched for their roots of humanity and they found some of them in Greek philosopy. After applying the root philosophy everything changed. The history changed. Human history again began to create good things for humanity. People began to live more freely and created unions where they share human values like EU.

Of course the Renaissance and Reform was a good awakening but we are not completely awake. Our small countries were safe and this was enough for us. Now we are challenging with big problems and we need a global philosophy for a new reneissance and reform.

Languages were the representation of humanity at the begining. Nearly all languages except Adighe language lost their nature. Languages are only groups of sounds and given meanings nowadays and in history. When languages lost their representation power of humanity human beings created religions to represent themselves but this created only violence and terror for humanity. Language is not only for communicaton, but at the same time it is for representing and sharing our humanities. If we represent ourselves, we represent and share humanity. Let us have a look to Adighe Language. Adighes are North Caucassia’s autochthonous people. Adighes have a language in which every sound has a deep meaning. If you browse in Adighe Culture you see the humanity’s mathematical elements. Adighe words represent Adighe-humanbeing’s soul’s pysical shape in the world.

TZIXU Let us begin our word journey from the word which is translated into English as “human being”. If you ask someone what human being is, he will say many things but he will not give the real meaning. Human being differs from other creatures but what makes him different is not clear in languages. Only learned knowledge is expressed when given its meaning. On the other hand, in Adighe Language human being’s equivalent “tzixu” means “the being who has awareness and whose life depends of awareness”. The word etymologically means “ the creature which is aware of the process of the universe and who has the ability of expressing it ,and whose life depends on this”. Only clarity makes human being feel happy in reality. If something contains a little doubt human being doesn’t feel happy in reality. Our nature necessitates understanding and understanding makes us feel happy. Human being’s nature is represented clearly by the word “tzixu”. If someone is aware of that he is a tzixu, he is aware of his nature’s necessity. Everyone has a superior value which shapes his life. This value is the core of the person’s being. Without the conciousness of being a tzixu a human being does not reveal real himself at any time. If someone acceps something without the conciousness of being a tzixu that thing is not a real part of him. How does a tzixu think? How does something becomes our part? How do we build ourselves?… A tzixu thinks with his godlike ability as a tzixu. In every language ,except Adighe language, if you consider “thinking” you consider your head. On the other hand in Adighe Language if you consider “thinking” you consider your heart. What are the differences of these thinkings?…”Gupssisen” is the word which is translated as “to think”. Gupssisen means “evaluating with the godlike awareness and make the thing part of thyself”. The limit of the heart is not narrowed by the universe. This thinking is inside and above the universe. You can sense God only by “gupssise”. You feel God is positive, good, respectful. You see God’s real vision but you can not express it by the universal phenomenon. Thinking is limited by the universe. It can not reach out of the universe. It can understand all the phenomenon of the universe. Thinking never reaches the real God. It compares everything to universal elements. Brain supposes that there is a God but gupssisen’s eyes touch God. Gupssisen builds humanity of the person and thinking builds the path for it in the universe. Gupssisen is aware of every concept of godlike-humanity. A child’s gupssisen’s and an adult’s gupssisen’s awareness are the same. An adult’s being differs because he used his gupssisen ability and built himself much more. A human being uses both thinking and gupssisen at the same time. In other words people have two thinking centers inside them. One is their heart and the other is their brain. Brain is the universal processor. Heart is godlike processor. Brain is the mechanical part of human being just like a body’s hands. When we experience something we use our brain as our hands to get it. Everything we get becomes our part. If we add the experienced thing in a wrong way to us, it does not become our real part and our human body aches. Human being is like a building. Its achitect is heart. Its engineer is brain. Brain depends on heart, and heart depends on God. If the engineer makes mistake the building becomes perishable. If a human being is not aware of his architect he cannot build a real building. His structure becomes only a sand castle. In short, we build ourselves by experiencing the universe by the sense of God or gupssisen. Accepting Values If you do not have awareness about what you live, you are the slave of that thing. If you are a slave you do not have a value of yourself. A human being should accept the thing he lives by knowing that he is a tzixu. If he loses control of the things what he lives, he can not build a real human-building of his. If any idea demands you to hand in all of your control to it, it is your real enemy. For example if you believe in a religion and if it demands all of your control, it will not give you any humanish value. You will be only a slave of it. Most religions demand all the control..Brain gives God universal values. Brain-god is an imaginary god who has human values. He gets angry, he forgives, he is hot, he is cold, he has his community…. But heart sees the real God. It does not draw a picture. It makes you feel the positiveness of God.

LHAGUNIGHE It is translated as “love” but “love” does not represent the meaning.

In Adighe language if you love a person, God or a flower, you love them in the same logical (heartal) way. Love is not a feeling that represents your attitude towards a thing because you get benefit from that. If you say to someone or something ” I love you.” in Adighe language what you represent? In Adighe language “F’iwe wuzolhaghur.” is translated as “I love you” but it is not a complete translation. If you say to someone or something”F’iwe wuzolhaghur.” you express: 1) I am aware of what you are. I clearly know and understand what you are. 2) I am aware that what you are is good/positive. 3)I am accepting things which come from you as positive and I am positoning myself positively towards you. “F’iwe wuzolhaghur.”:seeing in a good (clear, aware) way, being aware of :the seen thing is good, kind, thankful… :being in a positive manner towards An Adighe does not accept any values which he is not aware of. He does not accept a darkful God. He believes in God when he clarifies God. He dos not get afraid of God but he respects God. He does not accept any value without “F’iwe wuzolhaghur.”.. An Adighe loves a person because he is a positive value to his humanity. An Adighe loves a flower because its smell or appearance awakes a side of humanity inside himself.. Some Adighe Words

ZI means “one=1″ in Adighe language. It means “one” but represents the universe. ZI means “the things they fill everywhere” and “the things they come together together inside a thing”. ZI’s mening work as universe’s system. You know what Big Bang Theory is. ZI confirms this theory.

Adighe language has the power of a New Renaissanse and Reform power. Every nation needs its philosophy. Adighe language is the lost treasue of the humanity. This treasure is an everlasting treasure for everyone. It is the represantation of all human souls. 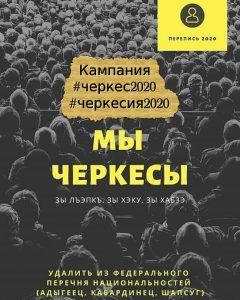 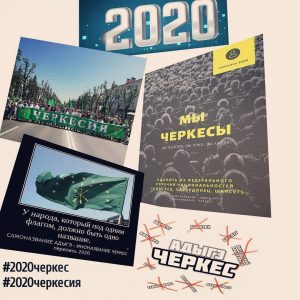 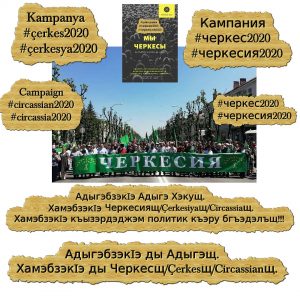